What will the price of gold be in 2030 and beyond? Will gold value decrease from 2020 onwards, or will the rates keep going up? 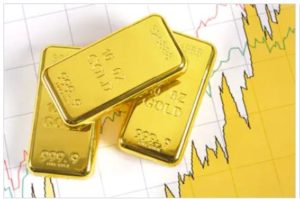 Well, it has never been easy to accurately predict future gold prices but there are various economic factors and other happenings around the world that can help us make an educated guess on what the gold rates will look like a decade from now.

Also when we look at the history of gold, we can see that its value has been increasing steadily, hence the likelihood of its price per oz doubling by 2030. Some experts and savvy investors are of the opinion that gold will hit $5000 per ounce in the next 10 years.

“I feel I am safe, and
being conservative in saying that gold should be trading between $3000 –
$5000 per ounce in ten years. Should the US dollar fail and/or the US
dollar loses the coveted global reserve currency status and/or even the
loss of the petrodollar, gold could hit these levels far sooner. It’s a
troubling time for the dollar that is only going to get worse – I don’t
think there has been any better time to own physical gold, if for no other
reason than for financial insurance.”

Now let us look at the factors that make us believe that gold price will rise sharply within the next 10 years.

The US government continuously churns out dollars to pay off debt. This has seen the dollar weaken each passing day while gold (dollar’s eternal rival) continue to make significant gains.

Thus, it’s fair to conclude that gold price will be at least $3000 by 2030 if the dollar keeps depreciating at such an alarming rate.

“If you are not looking at gold, you could be kicking yourself later. It wouldn’t be shocking to see gold at $5,000 an ounce or more by 2030. There are too many good things happening for gold and in the next decade they could really give the yellow metal a boost; reckless government spending across the globe, central banks buying gold, gold grades in the ground diminishing, exploration spending dropping and the list goes on.”

As the amounts of gold deposits diminish, the cost of gold exploration and mining is also skyrocketing, making the whole process economically nonviable. The phasing out of mercury in gold extraction also makes it difficult for small scale gold miners to extract gold from rocks as mercury amalgamation has been the only cheapest way of processing the precious metal. This will obviously lead to a decline in the supply of gold, hence an increase in the price of gold up to $5000 in 10 years.

Due to advancement in technology, gold is highly sought after for use in the manufacture of electronic gadgets. This high demand will definitely push gold prices up.

Economic sanctions resulting from geopolitical tensions between western and eastern countries, particularly the United States and China, will increase the demand for gold as these confronting governments’ central banks (and citizens) buy gold to cushion themselves against economic downturns from such geopolitical tensions. This, according to experts will cause the value of gold to soar in the near future.

As you can see from the above economic factors and expert opinions, it’s no secret that the best time to invest in gold is today. It’s the only promising investment asset if history is any guide.

And the best way to invest in the yellow metal is to roll over  your IRA or 401k to Gold IRA. Request your free Gold IRA Kit here and learn more about Gold IRA/401K rollover.

Disclosure: The owners of this website may be paid to recommend Goldco Direct. The content on this website, including any positive reviews of Goldco Direct and other reviews, may not be neutral or independent.